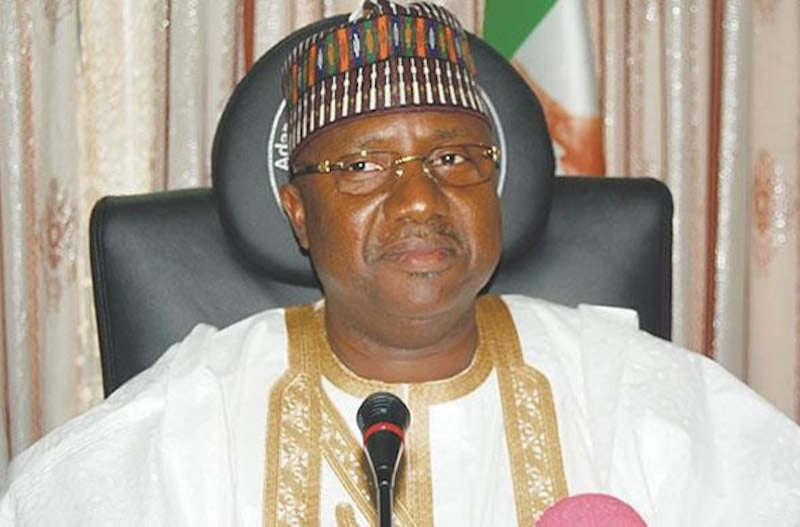 Daji Sani writes that the bid of the former Governor of Adamawa State, Jibrilla Bindow to return to Government House is faced with stiff challenge within his party, All Progressives Congress

The recent declaration of the former governor of Adamawa State,Senator Mohammed Jibrilla Bindow under the banner of All Progressives Congress (APC) has changed  the political atmosphere as there are currently realignment by some political gladiators to halt him from wining the primary in his party.

Despite Bindow’s appology to the executives , stakeholders and the unity preached in the party , it seems with the current behaviours of some gladiators and stakeholders, the APC may go into another another round of internal crisis that led to its failures in the 2019 general elections.

Looking at all the aspirants, aspiring under the APC , Bindow is the best bet for the party for now because he has a larger number of supporters in the state and also has the financial ability to chest a political campaign across the state.

His declaration has also threatened the incumbent Governor, Rt. Hon Ahmadu Umaru Fintiri and his ruling Peoples Democratic Party ( PDP) in the state. This is sequel to the fact that only Bindow among all the APC   contestants can compete favourably with the incumbent governor in 2023.

This is  also sequel to the fact that the governor has lost track of the reasons he won the election in 2019 , it was never his making to defeat the ruling APC  both at the national and state levels. It was because most stakeholders of APC worked against Bindow to pave way for Finitiri

What was the sin of Bindow? It was simply because he concentrated on building township and rural roads  forgetting to do stomach infrastructure, also refusing to dance the great dance of the masquerades.

Bindow built over 393 roads and several bridges across the state in his four years tenure.

Bindow came to the rescue of Shelleng LGA which was suffering  from bad road which had made it so difficult to gain access to the local government headquarters for over 30 years since its creation by constructing road and bridges to link the LGA to other part of the world.

In an interaction with journalists in his Yola residence , Bindow rolled – out some of his programmes if given the opportunity to pilot the affairs of the state for the second time.

He said the challenge for him now  is to win the primary in his party adding that  he has learnt his lessons and APC supporters too also learnt their lesson in a difficult way.

“We have agreed to embrace peace and unity to work assiduously for the victory of our great party in the state.We also resolved that it is better our party wins elections than to allow another political party win.”

“If the APC will allow a defeat for the  second time , the party will die , many people will defect from APC to join  the PDP . That is why we should come together and work hard” he said.

He said the APC has a lot of stakeholders occupying very significant position at the national level, it is going to deploy this federal -might to influence citizens to wrestle power from the PDP in the state.

The  former governor  has also explained, that his aspiration to return to the Government House was to salvage the state and complete his constitutionally guaranteed eight years if given the opportunity.

Bindow, who contested under the APC, lost to  Fintiri, of PDP  in 2019, has declared his interest to contest for the governorship ticket of the APC recently, which  also coincided with Fintiri’s declaration to seek a second term.

He explained his loss in the 2019 elections due to what he described as disunity within the APC and acknowledged that getting the party’s ticket was more difficult for him than winning the election because of the stiff competition posed by other qualified aspirants.

He, however, expressed confidence about his chances, adding that all his efforts would be preoccupied with how he can become the party’s flag-bearer for the governorship election in 2023.

The former governor said, “I want to really see how to get this ticket, though I am not concerned about most of them, knowing their record. Because some of them worked under me. I want to basically see that I become the flag-bearer of the APC.

“Getting the APC ticket is more difficult for me than winning the general election because the competition for the ticket is now very fierce in our party, seeing the calibre of aspirants vying for this position.”

Bindow who said his administration did very well in the provision of infrastructure, added that 393 roads made up township and rural roads were constructed during his first term.

However  political experts say most of Bindow’s challenges are linked to  unfulfilled promises he made to individuals and wondered if he has truly repented.

They said he should stop making  unfulfilled promises to prominent individuals adding that that  this is what led to the stiff opposition against him.

QUOTE
Looking at all the aspirants, aspiring under the APC , Bindow is the best bet for the party for now because he has a larger number of supporters in the state and also has the financial ability to chest a political campaign across the state. His declaration has also threatened the incumbent Governor, Rt. Hon Ahmadu Umaru Fintiri and his ruling Peoples Democratic Party ( PDP) in the state