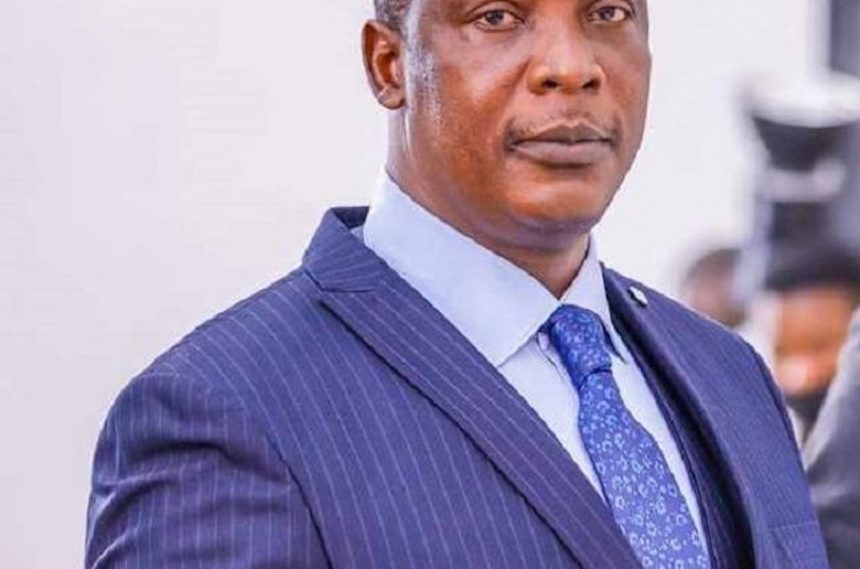 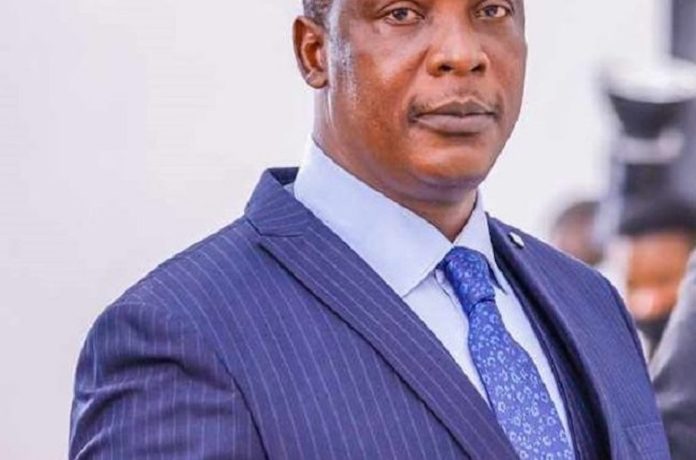 In this interview with Seriki Adinoyi, a frontline gubernatorial aspirant of the All Progressive Congress  in Plateau State and a seasoned technocrat, Mr. Sunday Biggs has assured that despite internal crisis, no opposition can root out APC in Plateau State in 2023

What  political experience do you have for the assignment ahead of you?

I have been within the corridor of government for the past 23 years, having served in different capacities. I believe I have gained the requisite experience to add value to governance and take Plateau to the next level.

As  a civil servant do you think you will be able to cope with all the intrigues associated with politics?

I have spent the better part of my life in the Government House working closely with politicians; I know their ways and sentiments. I am a technocrat who has lived much of his life within a political environment, and that has impacted on me as well.

Working in the Government House with governors, I am not like other civil servants close at an official closing hour. From 1999 to date, I have been interacting with them, so I know the demands of the job.

What will you do differently from what others have done if eventually elected as Governor of Plateau State?

I am different from them; I have a different mentality and experience. So, Plateau people should expect something different from me. Having served closely with three different administrations and understudied the various Governors, since 1999, one would expect me to have learnt a lot from them.

I have seen the strength and weaknesses of each of the administrations. I will pick and put together all their strengths to better the lot of the state.

My administration will pick those virtues that are good and continue with them, and for those that cannot impact the people effectively, we would see how to polish them.

So, our package is going to be different. You can see there is a youth renaissance in the polity of Plateau State. So, for the ‘Big Things Coming’, which is our slogan, it is a movement that will galvanize all age groups, particularly the young generation.

The youths have taken up my project upon themselves seeing that I am one of them; they want to see a youth on that seat of power in Plateau come 2023. The youths occupy a special place in our agenda because without them there will be no future; their energy is needed in every sector of the society. If the youths are given attention, and their energy is properly packaged and harnessed, it will not be misplaced into social vices

In your local government, there are several aspirants on the platform of your party, the APC jostling for the same ticket. How are you managing your relationship with them, is there a possibility of consensus?

We are very mindful that the seat is reserved for one person, and in my party, the All Progressive Congress, and my local government, Mangu Local Government Area, we are seven at the moment, including the Deputy Governor, His Excellency, Professor Sonnie Tyoden. But I can tell you that all of us are in talking terms with one another, trying to see how we can build consensus among ourselves.

We wouldn’t want this opportunity to pass us by as a people. Like we always say, there should be civility in the way we conduct ourselves. At the end of the day, we would rally around whoever emerges at the primaries to guarantee victory at the polls. It is not a do or die affairs; we are brothers and conscious of the fact that at the end of the day, it is only one person that will pick the ticket and fly the flag of the party.

We are trying to ensure that APC retains government in Plateau State in 2023, and the person comes from amongst us. The APC in Plateau State is a disciplined party; those at the helms of its affairs have done a lot to reposition it and built strong internal democracy, and party members are conscious of this, hence there is no internal bickering.

What your assessment of the zoning arrangement in Plateau State?

It is a perfect system and arrangement that has stabilized the polity of our state. Right now, ninety nine percent of those contesting are from the Plateau Central zone, the other zones are conscious of this, and no one is coming out. It is a political understanding among the three senatorial zones in the state, and it has not been circumvented for any reason. We thank our leaders for this.

Do you have fresh agenda to complement the existing one on ground?

We are living in a situation where there are global challenges, particularly, the global economic meltdown. This has forced many to begin to think outside the box so that we can impact something new on the lives of our people.

If given the opportunity to govern the state, we have to address issues based on the circumstance we find ourselves in Plateau State. We pray that things improve but if it doesn’t, we need to think outside the box because of the lean resources available.

The era of bogus programmes is long gone; we have to streamline to see how we can prioritize what will benefit the state in the short run, and also see what we can do in both the medium and long terms. We have to focus on peace and security; we know our recent history and we need to consolidate on the peace on the ground at the moment. This is very crucial to the progress and development of the State.

The Peace Building Agency put in place by the incumbent governor, which is the first of its kind in Nigeria has done a lot in terms of peace building. The Agency will be strengthened and further encouraged to do more. We shall build bridges across every divide and reinforce the existing unity among diverse ethnic and religious groups on the Plateau.

Youths form the bulk of your supporters, what programme do you have for them?

One of the problems facing all the states in Nigeria presently is unemployment among the youths. There are two issues here; those that are employable and those that are not employable. We shall bring up a programme that would address these two issues. It is not about white-collar jobs anymore, but entrepreneurship. As I said earlier, they cannot be neglected; they shall be given special attention.

Recently, your party, the All Progressive Congress in the state was engulfed in serious internal crisis. Do you see it resolving the crisis and coming out strong enough to win the 2023 elections?

When the party came on board in 2015, it was given all sorts of names just to discourage people from embracing it, but today it has become a force to reckon with, and the number one party on the Plateau. You can see how the fortune of the party has changed over the years. The present governor and other stalwarts have done a lot to entrench the party.

Initially, some people thought the party will fizzle out after the first tenure of this administration in 2019, but it went ahead to win with a wide margin for the second term. When it comes to secondary elections the party is good to go. The party came in with some states in power but today you can see that it has many more in its control at the moment.

So the party must leverage on these successes to ensure that it garners support for the 2023 election. The narrative now is not about the party itself but about presenting credible candidates that people are yearning for. So far so good, the party leadership has done its best to resolve its internal crisis, and is even doing more to ensure that we present a common front at the polls so that popular candidates can emerge and fly the flag of the part for all the positions.

QUOTE
The Peace Building Agency put in place by the incumbent governor, which is the first of its kind in Nigeria has done a lot in terms of peace building. The Agency will be strengthened and further encouraged to do more. We shall build bridges across every divide and reinforce the existing unity among diverse ethnic and religious groups on the Plateau