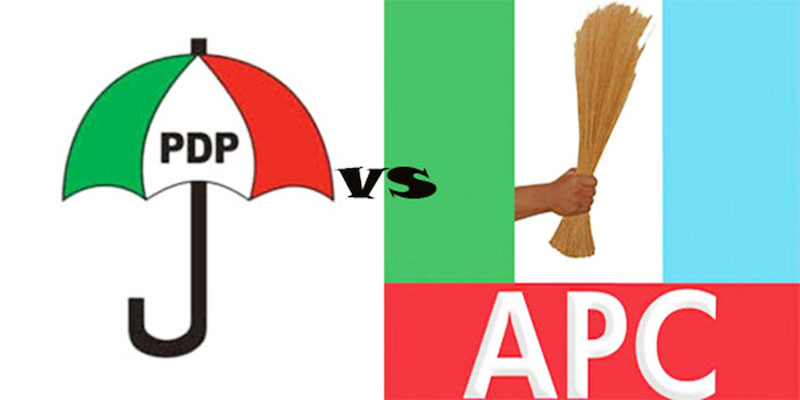 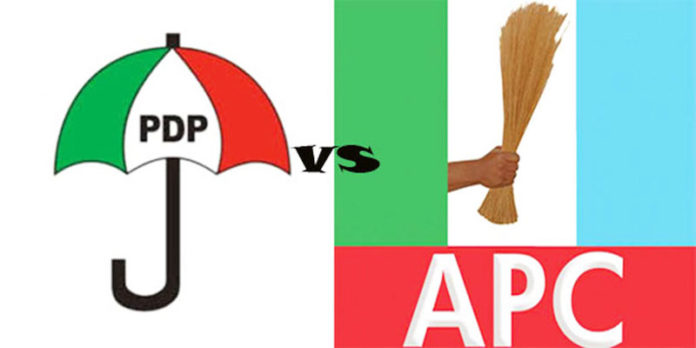 The All Progressives Congress and the Peoples Democratic Party’s veiled plots to do away with zoning of presidency and deny the southern part of the country the 2023 presidential tickets could further weaken Nigeria’s fragile unity, Ejiofor Alike reports

Following the domination of the southern part of Nigeria by the North for nearly four decades, the Peoples Democratic Party (PDP) had at the advent of democracy in 1999 introduced the principle of zoning and rotation of elective offices to ensure that no section of the country retains power at the detriment of the other sections.

During this period of northern domination, the country’s development indices recorded stagnation or outright retardation as quota system, religious and tribal sentiments that are alien in a true federalism were used to drag the country backwards.

To chart a new course for Nigeria’s development in the new democracy, the PDP in 1998, inserted the principle of zoning of elective offices in its constitution.  Section 7 (2) (c) of the PDP Constitution states that “…in pursuant of the principles of equity, justice and fairness the party shall adhere to the policy of rotation and zoning of party and public elective offices and it shall be enforced by the appropriate executive committee at all levels.”

The objective, according to the preamble is “…to create socio-political conditions conducive to national peace and unity by ensuring fair and equitable distribution of resources and opportunities, to conform with the principles of power shift and power sharing by rotating key political offices among the diverse peoples of our country and evolving powers equitably between the federal, state and local governments in the spirit of federalism.”

It was under this arrangement that former President Olusegun Obasanjo from the South-west ruled for eight years from 1999-2007. Power returned to the North with the election of the late President Umaru Musa Yar’Adua in 2007. Unfortunately, Yar’Adua died in 2010 without completing the North’s eight years slot.

In accordance with the Nigerian Constitution, his deputy, Dr. Goodluck Jonathan completed his tenure.  Based on the public sentiment that the South-south where Jonathan hails from had not produced the country’s leader despite being the country’s cash cow, he contested and won the 2011 presidential election.

When he completed his first four-year tenure and sought for re-election in 2015, the northern elements in the PDP moved against him and defected to the opposition All Progressives Congress (APC), insisting that it was their turn, based on the principle of zoning. Some of these elements contested for the APC ticket and lost to President Muhammadu Buhari. Jonathan also lost the election to Buhari, who will complete the North’s eight-year slot in 2023.

Ahead of the 2023, there is a popular clamour for power to shift to the South. The 17 southern governors had thrown their weight behind this popular demand. Unfortunately, some of those who destroyed the PDP and frustrated Jonathan’s re-election bid on the grounds that it was the turn of the North, have returned to the PDP to insist that the party should discard zoning when the presidential ticket should return to the South since  the North has completed their slot under APC.

The new narrative of these self-centred politicians, is that Jonathan usurped the tenure of the late Yar’Adua. They deliberately ignored the fact that it was the death of Yar’Adua that brought Jonathan to office. They also ignored the fact that even in commercial transactions death can create a force majeure – an unforeseeable circumstance that can free any of the parties from his contractual obligations.

That Jonathan completed Yar’Adua’s tenure was not by any deliberate effort of the southern elements in the PDP to truncate the principle of rotation or deny the North its slot. It will therefore be an act of injustice to demand that the South should pay for such unforeseen circumstance.

The APC, on its part, has no zoning enshrined in its constitution but the coalition of political parties that formed the ruling party in 2014 had what has become known as a ‘gentleman’s agreement’ that power would rotate to the South after Buhari’s tenure.

Many progressive northern politicians from the APC, including some northern governors had all in their individual capacities, endorsed power shift to the South. APC had also initiated steps to return the presidency to the South by swapping its elective offices between the North and South, leading to the emergence of Senator Abdullahi Adamu as the National Chairman of the party.

But certain elements in the ruling party later initiated a plot to ensure that the North retains power. While APC has remained non-committal on zoning despite the emergence of its national chairman from the North, the PDP has taken a dangerous step to return power to the North with the recommendation of its 37-man committee that the president ticket should be thrown open to all the regions.

The Northern Elders Forum (NEF) flew the kite in July 2021 when it rejected the position of the southern governors that the 2023 presidency should be zoned to the southern part of the country. NEF spokesperson, Mr. Hakeem Baba-Ahmed, had also in September 2021 boasted that the North has more votes to produce Nigeria’s president in 2023. He had also threatened that if a northern candidate is elected as president in 2023, “anyone who does not like that could leave the country.”

The same NEF had in July 2013 joined other five northern groups, to insist that the region must produce Nigeria’s president in 2015, arguing that there was an agreement on power rotation.

Convener of NEF and former Vice Chancellor of Ahmadu Bello University (ABU), Zaria, Prof. Ango Abdullahi, who spoke on behalf of the six groups, vowed that the North would use its numerical strength to ensure that power returned to it in 2015. NEF consequently endorsed the candidacy of Buhari.

But speaking on the 2023 election, the same Abdullahi had recently declared that the rotation of the presidency between the North and South was “dead and buried.”

It is obvious that while some well-meaning northerners are making efforts to rescue the already divided Nigeria, some selfish northern politicians want to stoke fire in the country by trying to do away with zoning.

Some of these politicians bragging about retaining power in the region after the region held power for eight years, cannot travel to their villages any longer unless with battalion of soldiers and other security agents.

Human rights and pro-democracy activists, separatist agitators, militants in the oil-producing region and other well-meaning people of southern Nigeria have demonstrated in the last 20 years that the region can no longer be taken for granted by any section of the country.

The Southern and Middle Belt Leaders Forum (SMBLF) has also warned that any attempt to end zoning by those who want to plunge Nigeria into crisis, would spell the end for the country. Ondo State Governor and Chairman of the South-west Governors’ Forum, Mr. Rotimi Akeredolu, has also cautioned the APC against zoning the 2023 presidential slot to the northern part of the country, saying that would lead to a crisis.

Nigeria is currently suffering from the acts of terrorism ravaging the northern part of the country, separatist agitations in the South-east and South-west, and the destruction of oil and gas facilities by militants and restive communities, which plunged the country’s crude oil production from a peak of 2.5 million barrels per day in 2005 to the current low level of 1.4 million barrels per day.

It is feared that any attempt to play politics with zoning to allow one region to lord it over other regions will be the last straw that will break the camel’s back.

“Let everybody take this as a serious warning that the issue of zoning cannot be swept under the carpet; it cannot be dead and buried, if zoning is buried, Nigeria is then buried,” the SMBLF reportedly warned.