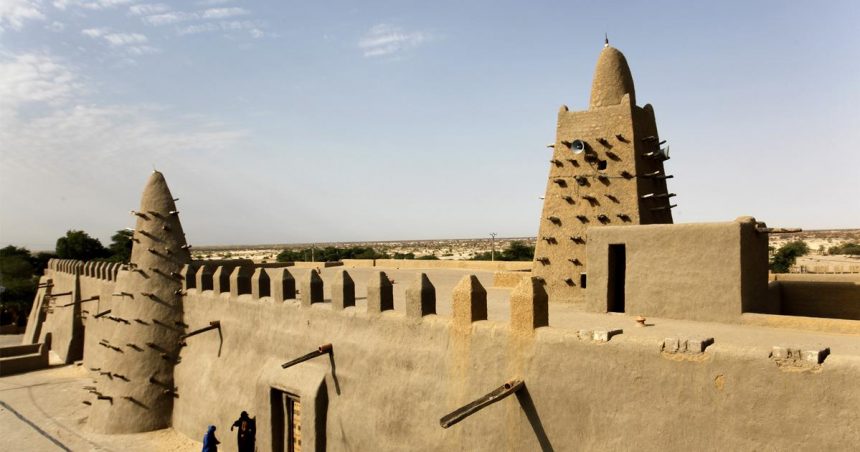 Timbuktu is popularly referred to as the “city of 333 saints” because 333 saints were laid to rest in the city. These saints were celebrated Muslim scholars and teachers who were highly revered for their exceptional wisdom, generosity, and scholarship.

2. It is recognized as a World Heritage Site

3. Timbuktu’s founding dates back to the 11th century

It dates back to the eleventh century when Tuareg nomads settled there and began using the site as a trading post for goods like gold, Ivory and salt. By the early 1300s, Timbuktu had already become a hub of trading and the commercial city of the Mali empire.

4. Timbuktu is home to three of western Africa’s oldest mosques

Three mosques- Djinguereber (Djingareyber), Sankore, and Sidi Yahia- were built in the 14th century. They are three of the oldest mosques in western Africa today.

5. Timbuktu has been captured and ruled by a variety of groups and leaders

Timbuktu was founded about 1100 CE by Tuareg nomads. In the late 13th or early 14th century, it was incorporated into the Mali empire. The Tuareg regained control of the city in 1433. In 1468 the city was conquered by the Songhai ruler Sonni ʿAlī. It was then captured by Morocco in 1591. Timbuktu was again captured by the French in 1894. The city is now an administrative centre of Mali.

6. It is home to one of the world’s oldest universities

The Sankoré mosque, also known as the University of Sankoré, was one of the first universities ever built in the world. It was built in the early 14th century.

7. Timbuktu is no longer the city of gold it used to be

Despite its illustrious history, Timbuktu is presently impoverished. It has suffered the effects of desertification for long. Obviously, past its former glory, the city has however not lost its charm.