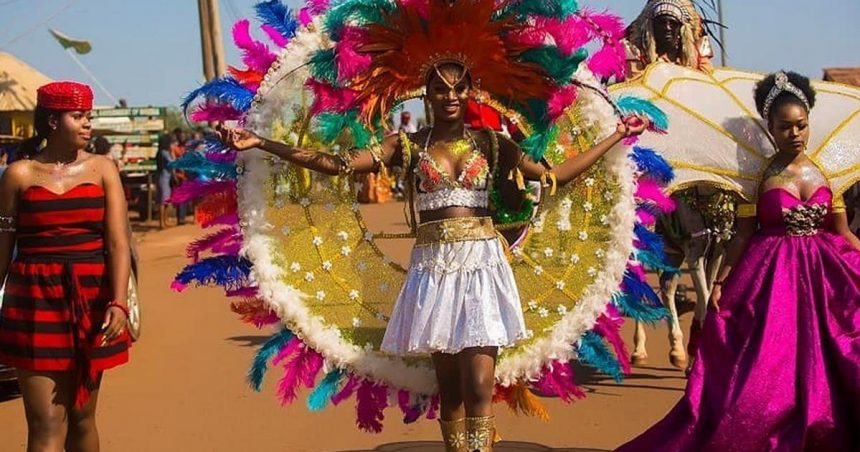 Even though they have a variety of meats, pork is the official meat in Benue state. They call it “Nyam gyo” and they love it so much. If you’re in Benue, expect to eat more pork than anywhere else in Nigeria. As a matter of fact, when you go to the market to buy meat, don’t just assume you’re getting cow or goat meat; ask to be sure or you might end up with a pot full of pork.

What’s more surprising is that if you need to catch a bus, you can halt a moving bus from a distance and it will reverse and wait for you while you stroll majestically towards it. Visitors are completely taken aback by this.

3. They love inviting people to eat.

One surprising but wonderful aspect of Benue culture is that when people say “come and eat,” they mean it. It’s more than just a greeting. As a matter of fact, if you repeatedly decline their invitation to eat, they may become offended. Benue residents enjoy sharing their food with everyone, including strangers.

4. They’re never in a hurry

In Benue, the laid-back vibe runs deep. For instance, in Makurdi, which is the capital city, you won’t find a city dweller running around like they’re late for something, they love to take their time when doing anything and everything. Benue people dislike stress, and this laid-back vibe tends to rub off on visitors.

On your visit to Benue state, you’ll quickly discover that Benue is an area of linguistic diversity. The Tiv people are the predominant tribe, but there are also other prominent tribes such as the Idoma tribe and the Igede tribe. However, unlike other states that have different tribes but still speak the same primary language, the tribes in Benue speak different languages and act differently.

Luckily for visitors, the majority of people in Benue speak English as well, so you can get by easily.

6. You’ll be invited to a lot of parties

On any given night during the week, there’s a good chance that someone will invite you over for a get-together or two. This is because Benue people love to celebrate. It doesn’t matter if it’s a wedding, birthday, graduation or just a matriculation — they are ready to celebrate it. And although the parties might not be lavish, there will be more than enough food and drinks flowing until the early hours of the morning.

In some tribes, it is considered impolite for the younger sibling to address the older sibling by name. In Benue, however, this is not the case. The people of Benue, both young and old, address each other by name. This doesn’t mean they’re disrespectful, it’s just how they are. Before people address you as Sir/Ma, you must be much older (approximately 15 – 20 years difference in age) or in a position of authority.