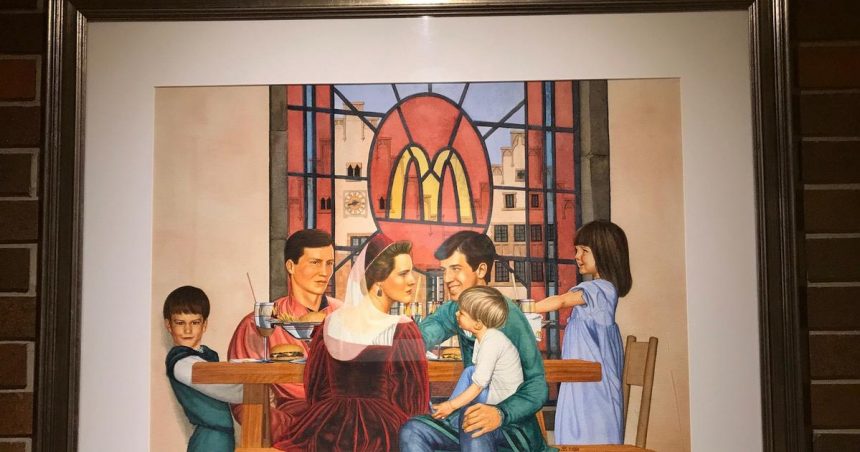 People collect art pieces for ostentatious reasons, and wealthy people just buy them because they can.

Salvator Mundi(Saviour of the World) was created in 1500 by the famous artist Leonardo Da Vinci. In 2016, during an art event, the art piece was sold to the highest bidder after a ninety-minute bidding auction. Salvator Mundi is a depiction of Christ holding an orb in one hand and making a sign of the cross with the other hand. The painting was sold for a whopping $470 million to the Prince of Saudi Arabia, Muhammad bin Salman; who made the bid on behalf of the department of culture and tourism, Abu Dhabi

William was a Dutch-American artist who went from painting women to paint abstract images. The art piece ‘interchange’ was his transition into abstract expressionism. The interchange piece was created in 1955 as an oil canvas. In 2015, it was sold for $300 million to billionaire and business magnate Kenneth Griffin.

3. The Card Players by Paul Cezanne

The painting shows men sitting at a table, playing cards. This painting was created in 1892, and it is one of the five paintings Cezanne created throughout his career. In 2011, the art piece was allegedly sold to the Royal family of Qatar for $288 million.

Created in 1892 after Gauguin’s first journey to Tahiti, this trip sparked his love for the island and the women of the island. The oil painting shows two women sitting in a colorful landscape of gold, blue and green. Nafea Faa Ipoipo translates as ‘when will you marry?’. It was sold for $229 million

Pollock was one of the most talented abstract expressionists; he created Number 17A in 1948. This art piece helped launch his career. In 2015, it was sold for a groundbreaking price of $218 million, then to Kenneth Griffin.