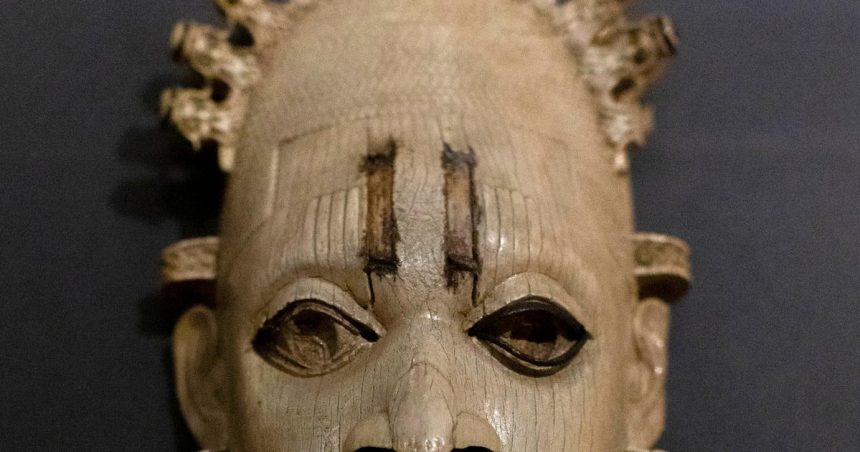 The bronze heads, as their name suggests, are constructed of bronze and other copper-tin alloys, and they’re widely cherished by the Edo people. The head, they believe, indicates the Oba’s character and fate. The bronze heads, together with other relics, served (and continue to serve) as a reminder of the ruling dynasty’s authority and longevity.

Here are five amazing facts you should know about the prestigious Benin bronze heads;

The bronze heads of Benin are not recent artefacts. There are bronze heads from Benin dating back to 1650. As a matter of fact, before the 13th century, Benin bronze casters had began producing bronze figures.

Until they were confiscated during the British raid in 1897, the bronze heads were generally kept on a shrine in the palace of the oba of Benin.

The bronze heads were also given as gifts to important people. On his visit to the United Kingdom in June 1973, General Yakubu Gowon presented Queen Elizabeth II with a bronze head.

In the center of the Bronze heads are holes. These holes were filled with ivory tusks. Significant events from the Oba’s reign were inscribed on these tusks.

In the 15th and 16th centuries, there was a lot of trade and commerce between the Portuguese and the people of Benin. Thus, it’s possible that this is where the bronze and copper for the Benin people’s famous sculptures came from. It’s also worthy of note that Benin art also included depictions of the Portuguese.

Bronze heads were also used to pay tribute to those who had passed away. The sort of material used to create the sculpture of the deceased person was determined by their occupation and political rank. This might be anything from wood, terracotta, and bronze. A bronze head for a typical citizen, for example, could be made of wood, but the bronze head of Queen Idia (Oba Esigie’s mother) is, as you would expect, made of bronze.

In conclusion, the bronze heads of Benin have contributed to a worldwide appreciation of Nigeria’s art and cultural history.