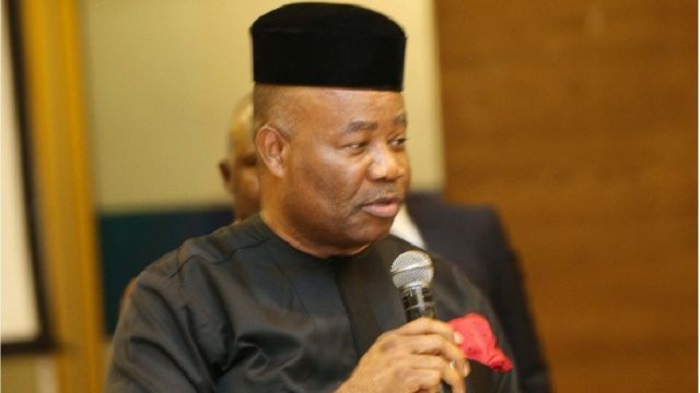 Nigeria’s race for the presidency in 2023 got a little more interesting today as Minister of Niger Delta Affairs, Godswill Akpabio declared his intention to run for the office of president in the 2023 elections.

The former Akwa Ibom State Governor made the formal declaration today, Wednesday, May 4, 2022, in front of a massive turnout of supporters of the All Progressives Congress at the Ikot Ekpene township stadium.

Akpabio will be up against the likes of Vice-President Yemi Osinbajo; Bola Tinubu, former governor of Lagos; Rotimi Amaechi, transportation minister, and Yahaya Bello, Kogi governor; among others for the ticket.

Earlier today, the Governor of Ekiti State and Chairman of the Nigerian Governors’ Forum, Kayode Fayemi declared his intention to run for the 2023 Presidential election under the umbrella of the All Progressive Congress, APC.