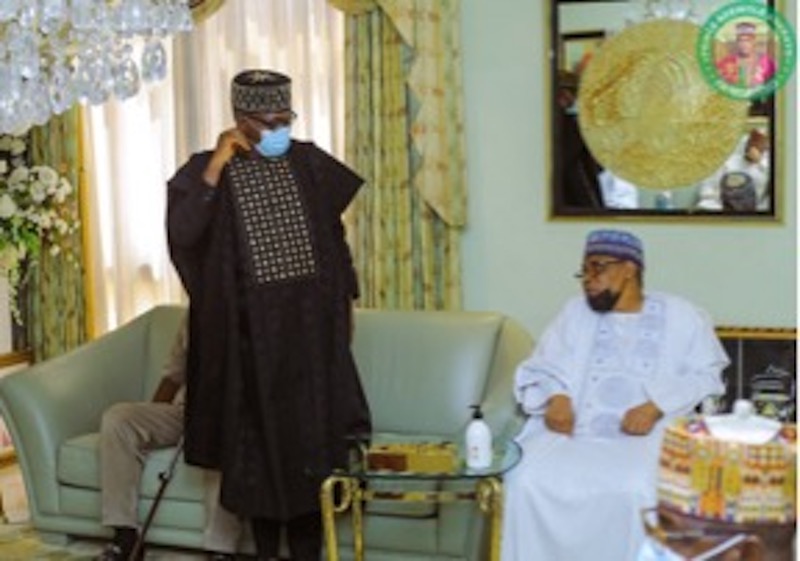 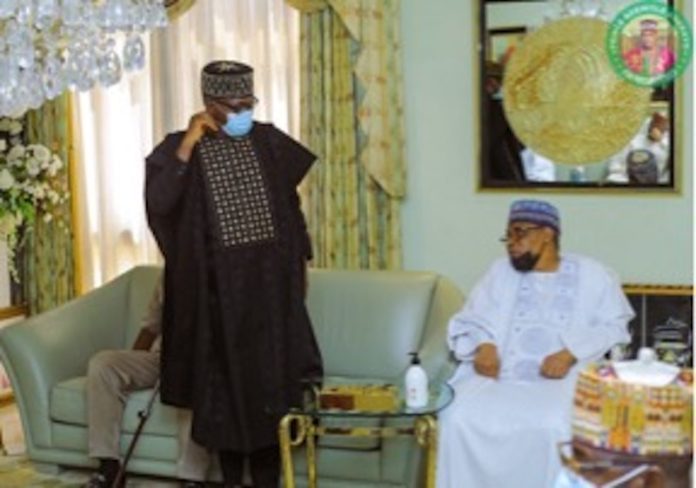 Last week, Prince Adewole Adebayo of the Social Democratic Party, SDP, picked his N35 million nomination and expression of interest forms, the first and only, for now, within his party. Adebayo is a lawyer and businessman. He preferred his private and successful life until he realized that Nigeria, based on recent happenings, is gradually heading towards the precipice. He wants to help bring back the lost glory of the once ‘Gant of Africa’.  The purchase of forms, of course, underscores the seriousness and preparedness of the aspirants to contest the February 25, 2023 presidential election.

That, however, is actually the beginning of the marathon race culminating in the 2023 general elections.

The importance of the presidential election is not lost on Adebayo who, at the moment, is the youngest presidential aspirant. He clocked 50 four months ago. Knowing how big and vast the country is, and the importance of connecting with the grassroots, who ultimately are the deciders of his fate, Adebayo and his team (comprising Senator Muhammed Alkali, Deputy National Chairman, North East, former Minister of Sports, Mr. Solomon Dalung, Senator Ugochukwu Uba, Chief Peter Ame etc) for the past three months, have been crisscrossing the country, particularly the North where he has been meeting the people.

Being a blue blood himself, his first port of call was the palace of the Emir of Kano, His Royal Majesty, Aminu Ado Bayero, where he went to condole with him over his mother’s death and used the opportunity to seek his blessing for his presidential aspiration which he gladly did. The emir, who, obviously, was glad seeing him, advised that he should not only go out to the people and present to them his manifestos, but more importantly, he should thoroughly implement the manifestos when he eventually makes it to the Villa. Adebayo expressed his happiness for the warm welcome accorded him and his delegation

For him, Kano is home for all and it is an example of what Nigeria can be. “The only thing I will promise is that there is nothing we will do in and out of power that will be an embarrassment to this palace”, he stated.

In Niger State, he was warmly welcomed to the residence of former Head of State, General Abubakar Abdulsalami, where he told the erstwhile Nigerian leader that he came to seek his blessing, knowing that he had occupied the same office he is presently seeking.

The presidential aspirant said: “I am an ordinary citizen from Ondo seeking the office of the President, an office that was created by the Constitution and signed personally by you. You know what to expect of the occupant of that office.

“I would, in the next one year, convince you, Your Excellency, and your peers and my colleagues, that I have all the requisite qualities to do well. Seeing and hearing you now,  I am more prepared now to be President of Nigeria than I was when we came to this residence this morning”.

Babangida was happy receiving him for many reasons: He is young, courageous, purposeful and has power of conviction. He, however, admonished the presidential aspirant that no matter the aspiration, the country must come first.

“Babangida is one of the promoters of one Nigeria. He advised that we should love the country more than we love ourselves”, Adebayo said after the meeting.

“He said we should show patriotism by taking bold decisions for the benefit of all. He had the power 100% on his hand but let go of it. I have learnt from him that power is transient”.

Adebayo is one of the few presidential aspirants who has no baggage. He has never been in government. He has no godfather even though he sees the late Aminu Kano as his political inspiration. In fact he wants to be Aminu Kano reincarnate.

“That is the kind of President I would be when we come to this position of authority”, Adebayo said. “Any person who is old and knew Mallam Aminu Kano from the day we take office insha Allah will know Aminu Kano has come to power.

“Chapter Two of the Nigerian Constitution has everything Aminu Kano stood for. He would be our guide when we get into office”.

Nigerian politics, just like Nigerians, is peculiar. Most elite would rather stay off it because it is not only brutish, it lacks any form of ideology. For a private and successful businessman like Adebayo, what exactly is appealing in Nigerian politics? He smiled before responding to the question: “Politics is the way by which society negotiates common affairs and comes to a common decision and appoints common agents, using common resources to solve common problems.

“Politics is not a profession for politicians. Politics is the public participation in the management of public affairs.

“Politics is when you live your life for the good of others, like the Mallam Aminu Kano did. Politics is where you build a legacy .

“You know in other countries, the best way to be a hero is to do good work.

“In Nigeria, unfortunately, the best and quickest way to be a hero is to die. We don’t celebrate our heroes while alive. We only do when they are dead. The situation must change”.

That kind of change, Adebayo said, must be engineered by youths, who, he noted, have the numerical strength to turn the tide, make it not only liveable but also enduring.

His words: “Young people have a greater challenge because they have the population. And so if they fail in 2023, we should not hear of any EndSARS again because the real time for EndSARS in Nigeria is 2023 .

“This is the time that young people must mobilize themselves.

“They must come out and believe in themselves and take over power and give it to a young person.

“From the time of the late Chief Obafemi Awolowo, Sir Ahmadu Bello, the Sardauna of Sokoto, the great Zik of Africa when education was free from elementary to secondary to university, to the limit of your ability, free of charge, and there was free health care, that is the meaning of Social Democratic Party”.